Mike has worked for AWM for nearly 7 years.  Originally brought in to manage the customer service department but since 2012 he has managed the marketing function and developed the AWM Corporate Social Responsibility program, as well as working with other group companies.

During 2013/14/15 he worked closely with the compliance and operations teams on a project to integrate our sites within communities.

Having recently moved to Leeds with his wife, Mike enjoys running and walking with his children, and is a Trustee of a variety of charities, including Health for All in Leeds and The Real Junk Food Project.

Ricky is the site manager at Canal Road and has been with the business for 10 years.

Canal Road is one of AWM's Material Recycling Facilities and handles up to 150,000 tonnes of waste every year.

Ricky manages the day to day running of the site which involves supervising 35 members of staff.  The site operates 24 hours a day and is one of our key sites for producing Refuse Derived Fuel.

In the past Ricky played professional rugby league for Leeds, Wakefield and Great Britain - his spare time now revolves around his family!

The Compliance Team at AWM are based at Gelderd Road HO.

Emma is our SHE Compliance Manager (Safety, Health and Environment).

Mary Supports  both Operations & Compliance along with TFS applications for the exporting & daily  planning of Refuse Derived Fuel (RDF) removal from AWM Sites by  liaising with European off takers therefore turning Waste into Energy.

Together the team ensures that all relevant Health, Safety, Environmental & Planning regulations that apply to AWM are communicated effectively through AWM’s policies & procedures.

You may see us out & about at AWM sites carrying out audits, inspections & essential monitoring to ensure we are in compliance with our set policies & procedures.

The team also liaise with external agencies such as:

Reviewing the year so far and we've got to highlight this story from February!
James Perkins is one of our Refuse Collection Vehicle (RCV) drivers and has been with the business since June 2013. At a time of crisis James reacted appropriately and helped a man that had fallen from a bridge. The following article is from the Telegraph and Argus......
February 2016 he was riding to work, when he saw a man on the ground in the early hours of the morning.
The injured man, was across two lanes of the dual carriageway and being treated by a paramedic.
James parked his scooter close to the man to shield him from any oncoming vehicles.
"It was shocking. It's not something you expect to see when you are on your way to work.
"I was first at the scene and assisted with first aid.
"I saw his body laid in the road and thought he had been knocked over”.
"I'm a trained first aider and that's why I stopped. The ambulance responder car was parked right in front of him.
"I asked the paramedic if they needed any help.”
A Yorkshire Ambulance Service spokesman said the man's multiple injuries were thought to be "quite serious".
James helped until an ambulance arrived and the man was put on a spinal board and taken to hospital.
"It's not something you expect to see, there were not too many cars on the road at that time of night,” he said.
"[The paramedic] told me to hold the side of the man's head to keep his neck settled as he had suspected back injuries.
"Being a heavy goods driver, you get to see certain incidents but nothing like this.
"I went to work when the ambulance arrived."
Well done James, I know that the mans son wrote to you afterwards thanking you for helping but equally, we all feel just as proud!

Ibby works in our City Skips team as a Traffic Planner, he has worked for AWM for 4 years - previously running his own skip hire business.

Ibby routes vehicles for deliveries, exchanges and collections within the Bradford District.  He works with Rachel, Carly & Susie.

Ibby works hard to ensure he delivers skips for customers, on time, every time!

Ibby loves to play snooker and Ludo in his spare time and is AWM's answer to George Clarke with plans to build his own houses!

Joe joined Sales Team at AWM in June 2016 as an Accounts Manager.

Previously, Joe worked for Jet 2 Holidays as a Travel Advisor - his claim to fame is appearing in the Inflight Magazine!! (We will be trying to get a copy of this!!!!)

Joe looks after clients in the Wakefield and Leeds areas, selling our full range of services and managing accounts.

In his spare time he enjoys playing and watching football and enjoying real ales!

Today is the turn of Deborah Preston, one of AWM's Credit Controllers.
Debs has just celebrated her 2nd anniversary with AWM having worked as a Sales Receivable Supervisor at ASD Metal Sourcing in South Leeds.
Debs looks after over 1000 client accounts and deals with everything from opening accounts through to chasing debt, daily banking and credit monitoring.
In her spare time she looks after and walks two very energetic dogs, likes gardening, decorating and shopping.

Debs is always on-hand to deal with any account queries or questions and can be contacted on 0845 4567128.

Rachel Thompson has been with the business for 16 years, celebrating her 17th anniversary in December.  She has a dual role, working as a team leader in City Skips and PA to John Brooksbank.  Over the years Rachel has seen lots of change, from purchasing various other businesses through to the development and opening of the head office at Gelderd Road.

Rachel took part in the AWM team that did the Yorkshire Three Peaks, raising money for Overgate Hospice in Calderdale.

Lindsay loves the variety that comes with working in such a busy department and strives to provide customers with excellent customer service levels.

In her spare time Lindsay likes to spend quality time with her family enjoying outdoor activities where she can. 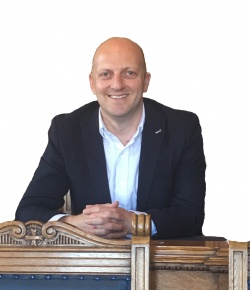 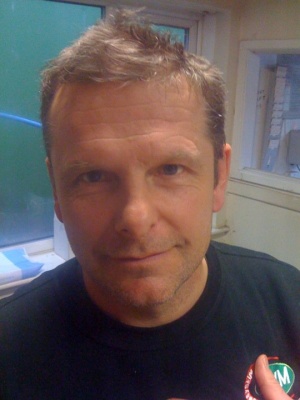 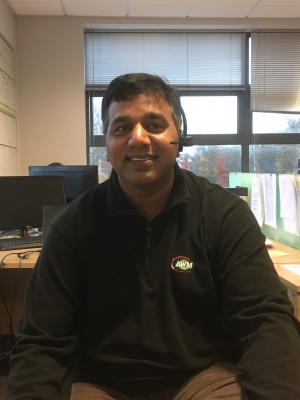 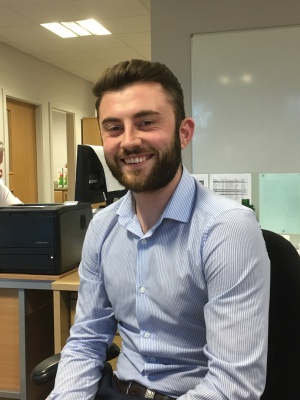 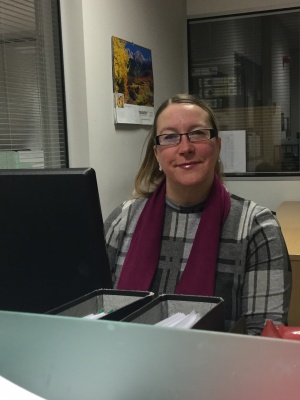 What our customers say

“We’ve worked with AWM for many years and always find the service prompt and reliable. The reporting and compliance details are important for our business, and we’re keen to keep our recycling rates as high as possible.”

“AWM are our preferred waste disposal partner in the West Yorkshire area. They have provided waste and aggregate services on a daily basis for AWM Waste for a number of years now. It is critical for a company like ourselves to have services carried out by reliable and professional suppliers, our clients include Blue Chip Companies and High Street Brands and it’s therefore imperative that our services are supplied on time in a professional manner, whilst meeting the highest health and safety standards. There is no better example of one of our suppliers meeting this criteria than AWM, who put drivers through extensive training and who have an excellent customer service team in our office. AWM have invested in cutting edge recycling technology at their premises and have one of the most impressive set ups we have seen across the UK. Everyone at AMA Waste could not recommend AWM highly enough and we look forward to working with them for many more years.”

“Leeds Beckett University have been working in partnership with AWM since February 2014 and during this time we have not only received excellent service, but have also seen our working relationship grow. During the mobilisation period, AWM worked very hard to understand and accommodate the needs of the University. We moved from a single waste stream to segregating general, food and dry recycling so AWM worked with us to help educate both staff and students in the changes. We expected the transition to take longer than it did, but I credit the success to the initial planning that both organisations took.